The one thing that could save your arthritic knee 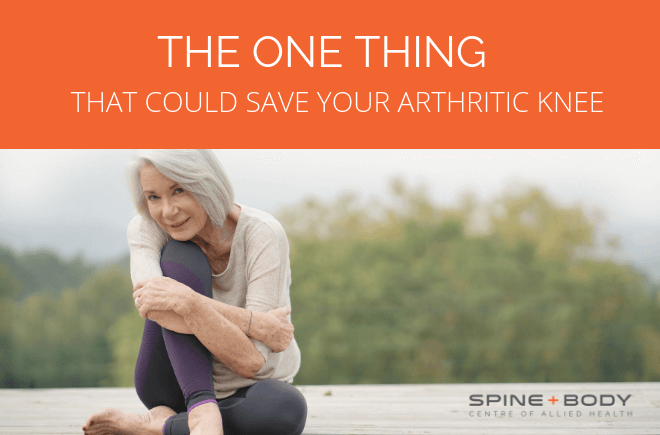 The causes of osteo-arthritis of the knee can be attributed to a multitude of factors.

Understandable confusion exists on the use of the term “cartilage” which may refer to two distinctly different knee structures. The medical term “cartilage” is used to describe the smooth covering on any joint surface which serves to protect bone from erosion. Colloquially, it is commonly [and incorrectly] used to refer to the meniscus, the crescent shaped pad[s] located between the thigh and shin bones that offer further joint protection.

Tears to a healthy meniscus can occur creating a sharp edge or a small sliver that may not lie entirely congruent with the remaining meniscal body thereby creating a small “step”.

A meniscal fragment can act to both impede locking of the knee as well as shatter the smooth porcelain-like surface of the joint under excessive loading.

For the most part, peripheral meniscal tears generally heal within a couple of months if the split is not being constantly pulled apart by twisting or pivoting on a bent knee.

Continuing to weight bear under these circumstances can precipitate very rapid destruction of a healthy knee leading to pain, swelling and difficulty activating the quadriceps muscles.

The single most important objective should always be to restore full and unrestricted knee extension. Under no circumstances should the knee be forced into a locked or fully straightened position as this will accelerate joint destruction. 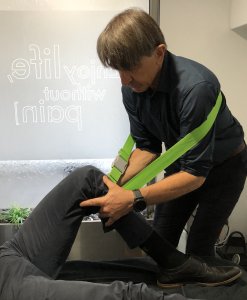 The most useful technique for restoring knee function to an osteo-arthritic knee is to gently glide the two bones apart with the joint in 90 degrees which can be achieved by placing a webbing belt or folded towel behind the knee and pulling back on the shin bone for a minute or so.

This painless technique can immediately restore knee extension without harming the joint surface.

Swelling can then be managed through conservative measures such as electrotherapy and anti- inflammatory medication and quadriceps function restored through graduated weight-bearing exercise.

*Individual results may vary between patients.