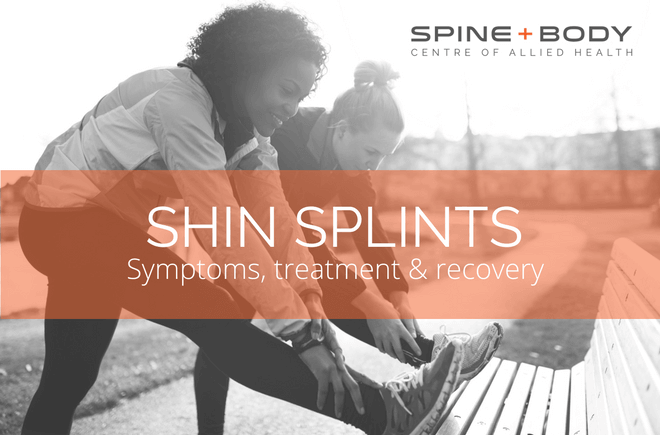 Shin soreness is undoubtedly one of the most commonly encountered problems in athletes in whom repetitive impact loading forces constitute a significant part of their sport or training.

Within the athletic community the term “shin splints” is often used to describe any number of foreleg issues. Another commonly used term is “Medial Tibial Stress Syndrome (MTSS).”

Neither term accurately describes the specific affected anatomical structures or the type of pathology present. It is far more useful to localise the site of pain and arrive at an accurate diagnosis having identified the underlying pathology so that an appropriate management and training programme can be implemented.

Not all causes of shin pain respond to the same treatment protocols
It is strongly advised that team mates not share solutions regarding their shin pain but seek individualised solutions to their problem.

Most causes of shin pain stem from one, or a number of the following conditions:

An inflammatory condition involving the tendons or muscles originating of various anatomical sites around the foreleg and attaching below the ankle to bones of the foot. Specific muscles that are often involved include the tibialis posterior, a deep muscle attaching to the posterior aspect of the tibia (shin bone). This is a significant stabiliser in holding the body in an upright position allowing for inclines or gradients on running surfaces. This muscle (and its tendon) can be overworked when negotiating uneven or unstable (gravelly) running surfaces.

The soleus muscle runs deep to the calf complex, specifically the gastrocnemius which allows for the ballistic propulsion of the calf whereas soleus, in unison with tibialis posterior, serves to stabilise the foot onto the shin bone.

The ballistic nature of the gastrocnemius can result in tears or strains which are not covered under the category of “shin splints”. Muscle & tendon inflammation is characterised by an ache deep to the shin bone following exercise initially but may progress to a point where the athlete reports morning stiffness and difficulty walking for some time after waking (due to the collection of localised inflammatory fluid which gradually dissipates on active movement such as walking for a few minutes) and finally, a constant ache whether weight bearing or not.

A spectrum of bony trauma can start as a simple “periosteal reaction” (i.e. the membrane enveloping the shin bone) and progress to a stress fracture which entails multiple “hairline cracks” in the cortex or outer layer of the bone. Presentation may be similar to tendonitis
previously described, but in this case, there is significant pain on digital palpation of the bone shaft itself. One may also feel swelling on palpation which, in severe cases, can leave an indentation which remains for several minutes.

Management once again looks at foot biomechanics, footwear, R.I.C.E and modalities such as ultrasound.

Depending on the severity of the problem, an athlete may need to abstain from impact loading exercise for anything between 6-12 weeks.

Despite the sophistication of scanning modalities, the most reliable test to assess return to running is simply pushing a finger into the sore part of the shin. If the athlete genuinely reports little or no pain, a graded return to running on “softer” surfaces can be considered.

Often associated with formation of vascular thrombotic plaques which in turn can occlude blood flow to the foreleg muscles. A far more unlikely cause of pain and rarely seen in young athletes although direct trauma to the back of the knee can conceivably cause such a problem.

Although technically falling outside the true definition of “shin splints”, a precautionary note to athletes and coaches needs to be made about this potentially serious condition. The “compartment” being referred to is located on the antero-lateral aspect of the foreleg. It is bounded anteriorly by the tibia (shin) laterally by the fibula and has a strong fibrous sheath stretched across the top which is located just beneath the skin surface. The muscle contained within this compartment is the tibialis anterior and is responsible to bringing the foot upward (dorsiflexed) when running.

The muscle expands once the athlete commences running as blood engorges the area and the volume within this defined “compartment” cannot accommodate the expansion. Critical pressure may build resulting in temporary or even permanent damage to the underlying nerve.

The athlete may experience numbness along the “kicking” surface of the foot and may complain of a deep ache. Significantly, the athlete may notice some difficulty in bringing the foot up between steps. This condition is commonly known as “foot drop” and may cause irreversible damage if left unchecked.

• Immediately cease running
• Do not elevate the limb above hip height.
• Do not apply compression as this aggravates the problem
• Apply an ice-pack without constricting the area.
• Seed immediate medical assistance

Some athletes are anatomically prone to compartment issues as they may have limited space for muscle expansion. In some cases, poor foot biomechanics or a stiff ankle may result in excessive load of the tibialis anterior muscle as may running along an angled road or running surface.

Identifying the underlying cause can significantly reduce the likelihood of recurrent compartment issues, however, in case of emergency, or in the event of recurrent issues, a “fasciotomy” may be undertaken. This is simply an incision along the fascial sheath of the foreleg allowing the muscle to expand without pressure.
In all cases, avoid the tendency to “self diagnose” shin pain. Seek the assistance of a Sports Physiotherapist or Sports Physician and avoid chronic pain.